Once admitted into the University, every student is given membership of a tutorial group. The in-charge of a tutorial group is a teacher and is called Tutor. It is essential for every student to get a “Dossier Form” from the Tutor at the earliest and hand it back to the Tutor after filling it. Every student should contact his Tutor in the first available time and inquire about his availability for consultation during the free period of the working days. It is compulsory for every student to present all his documents, i.e, application for scholarship and character certificate etc., to the Vice Chancellor through his tutor. The Vice Chancellor will not issue any order on the applications directly submitted to him. Tutorial groups have a weekly meeting in which attendance is compulsory. All the tutorial groups are supervised by the Chief Tutor, therefore students are directed to see:

In case of absence from the tutorial meeting, there is a fine of Rs. 50 per meeting, which will not be remitted.

Dars-e-Quran will be held on Fridays during the tutorial period in Bokhari Auditorium according to the following schedule:

Attendance is compulsory. The respective tutors will join their groups and take attendance in Bokhari Auditorium and hand it to Prof. Mohammad Azmat (After counter signatures) on the same day for onwards transmission to the concerned quarters. The tutorial groups concerned will occupy the allotted seats along with their tutors. For the remaining Fridays, they will attend their group-meetings as usual in the places/rooms already specified in the tutorial group schedule.

The following staff members are appointed as tutors/additional tutors for the session 2014-2015. 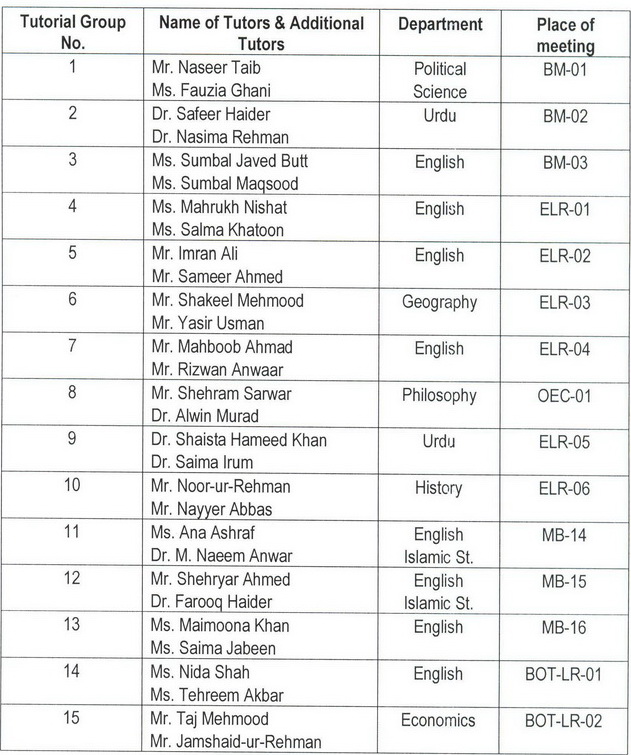 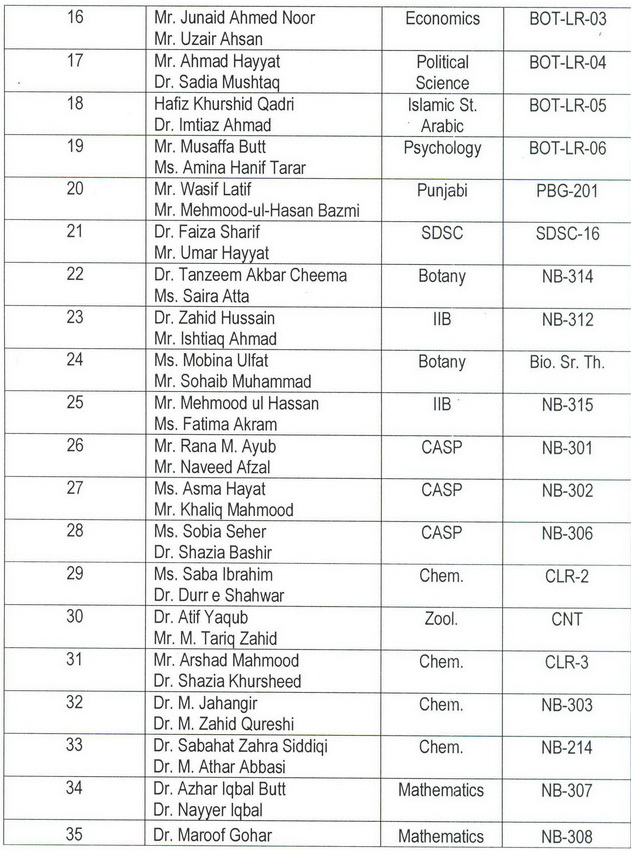 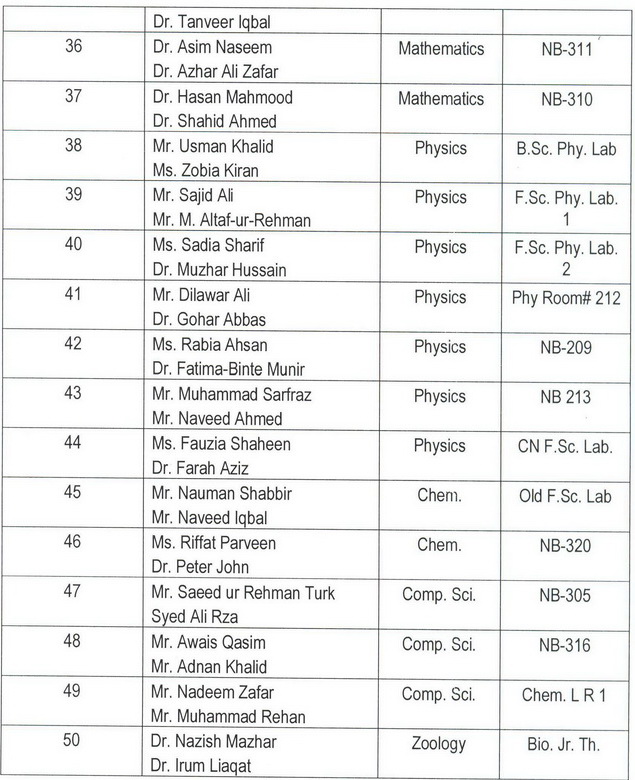