Mushaal Hussein Mullick, the Chairperson of Peace and Culture Organisation and wife of jailed Kashmiri Hurriyat leader Muhammad Yasin Malik, has said that India is conspiring to demolish 500 mosques in the occupied Kashmir.
These mosques have already been demarcated and there are plans to construct temples on the land of these mosques for the Hindus settlement in Jammu Kashmir, said Mushaal Mullick while addressing a seminar at the Government College University Lahore.
The seminar was organised by the University's Kashmir Society (GCU-KS) to commemorate the Kashmir Martyrs' Day, and pay tribute to the martyrs of July 13, 1931, and all other Kashmiri martyrs.
GCU Vice-Chancellor Prof. Dr Asghar Zaidi chaired the seminar which was also addressed by Muhammad Zulqarnain Chheena, a career diplomat and former first secretary of Pakistan Mission to United Nations, and Rehana Hussein Mullick, the mother of Mushaal Mullick.
Speaking on the occasion, VC Prof. Zaidi said that GCU is going to host the country's biggest Students' Societies Summit next month and the Kashmir issue would be the focus of its deliberations. He laid stress on fighting the Kashmir issue with lawyers at the international forums vigorously. He believed that time is not far away when Kashmiris would get their right of self-determination.
The Vice-Chancellor also announced the opening of the Allama Iqbal Law School at GCU. He also mentioned that this year two students with hearing disabilities joined the University, and they are also participating in this seminar. He explained that the University hired a special sign instructor for them who is also accompanying them at the seminar.
Zulqarnain Chheena said Jammu & Kashmir is not a part of India: it never was and it never will be. He said India has no legitimate claim over the occupied valley and is just a military occupier. He said universities should publish comprehensive literature for youth on the Kashmir issue. He also laid stress on promoting the culture of Kashmir.
Later, Mushaal Hussein Mullick said Narendra Modi is Hitler of this century, and he had unleashed a new wave of barbarism and terrorism to silence the voices of freedom fighters.
She said that Indian was changing the demography of the occupied territory illegally by bringing Hindu settlers to the occupied territory. She added that the proportion of the population was being changed in sheer violation of international law and the UN resolutions but the world community was looking at the situation like a silent spectator.
Mushaal expressed gratitude to Prof. Zaidi for establishing a very active and vibrant Kashmiri Society in GCU, saying that Society has become a voice of Kashmiris at the national and international level in a very short time. She said this Society is a role model for other universities as well.
Raziyah Sultana, a nine-year-old daughter of Kashmiri freedom fighter Yasin Malik, also read a poem she wrote for her father who is in Death Cell by Occupational Indian Forces.
Chairman International Kashmir Rights Commission of Pakistan Rai Muhammad Nawaz Kharl and academician Prof Zafar Iqbal Sindhu also addressed the seminar. 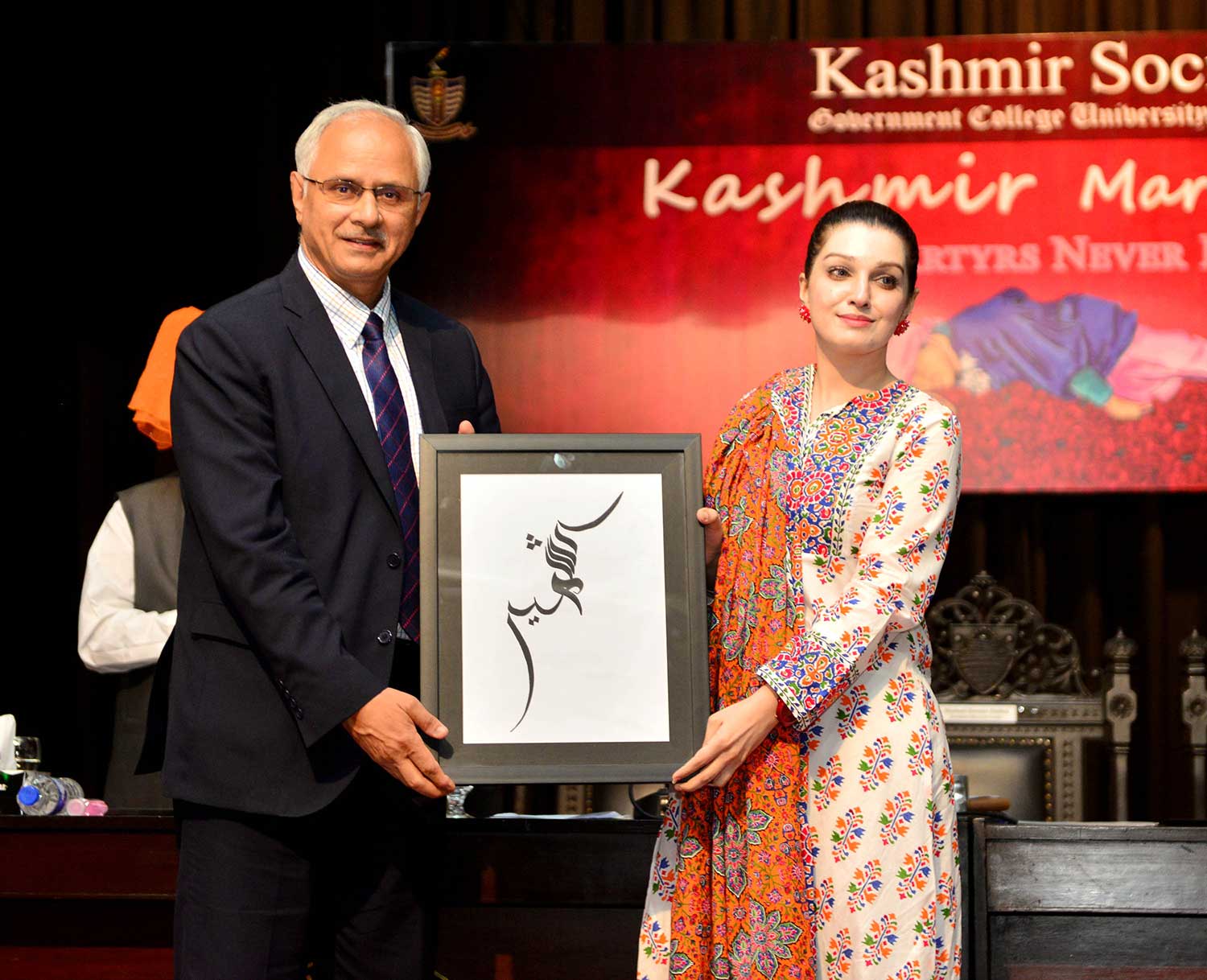 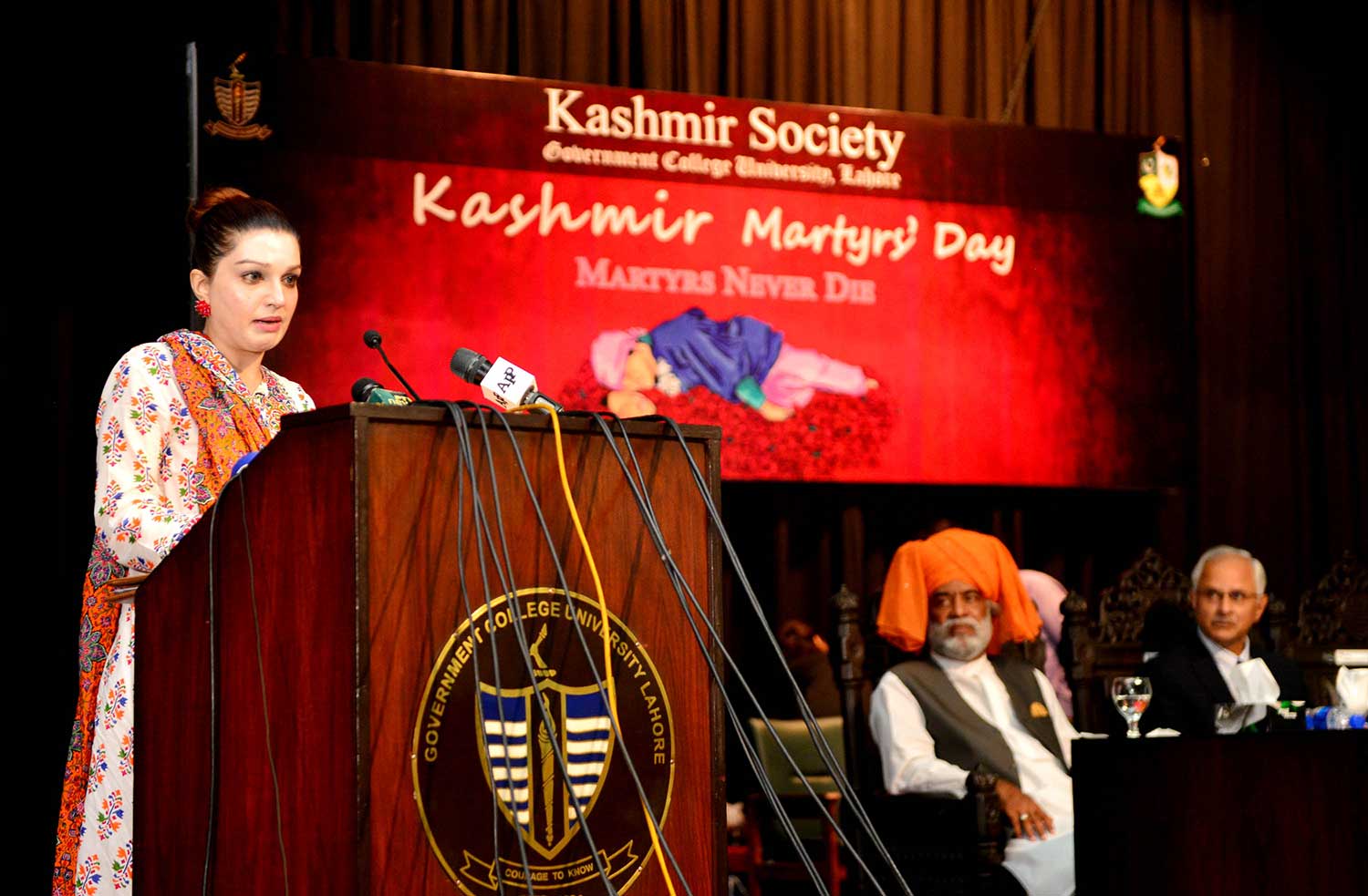