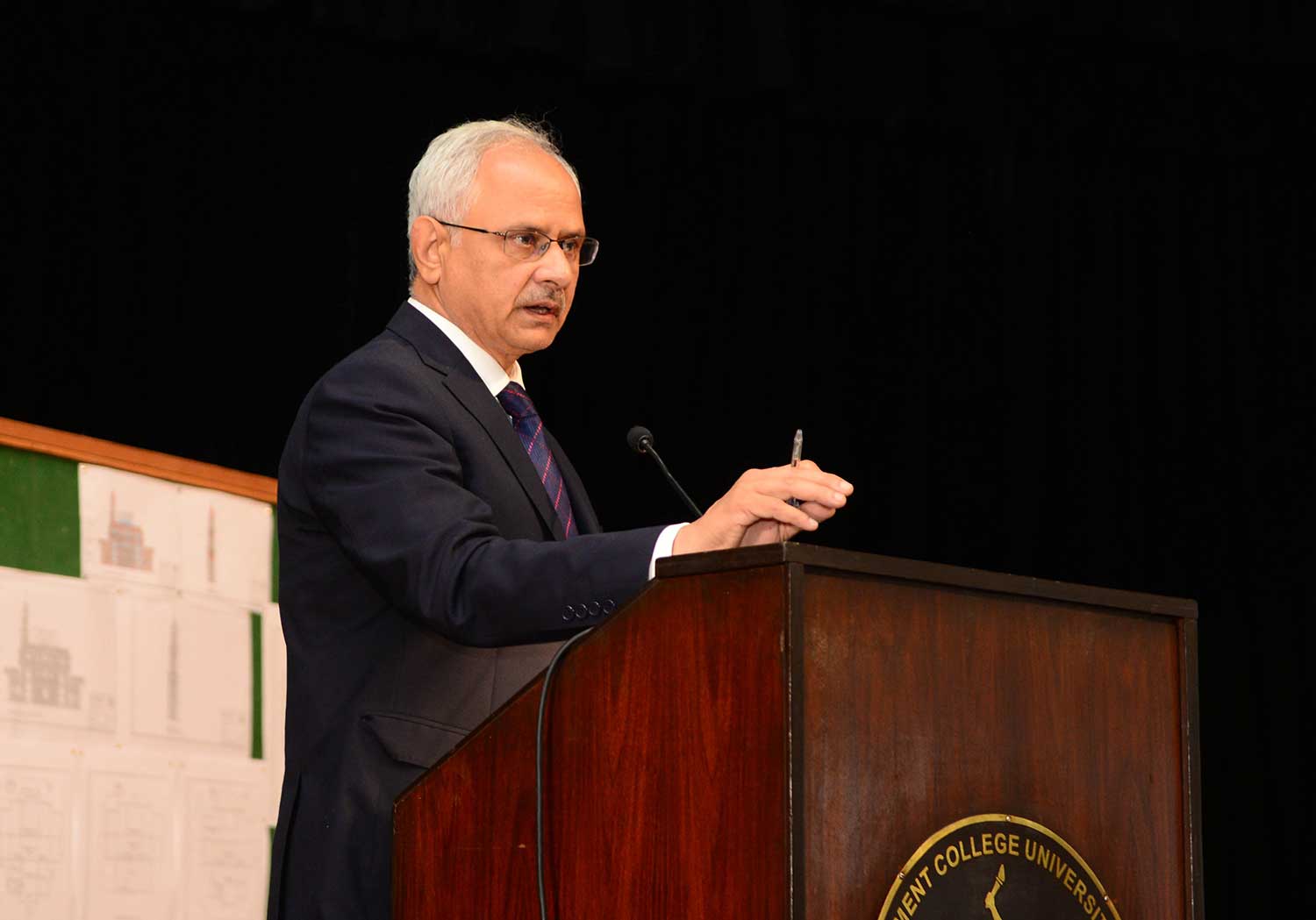 The Government College University Lahore faculty and staff on Friday initially donated Rs. 3.5 million as Vice-Chancellor Prof. Dr. Asghar Zaidi opened fundraising for the construction of a grand mosque on the main campus.
The fundraising campaign was started at a weekly Durs-e-Quran session where the university staff and faculty unanimously decided not only to construct the mosque but also made initial donations for the mosque.
Vice-Chancellor Prof. Zaidi made the first donation, which was followed by donations announcement by Registrar Shaukat Ali, Treasurer Abid Shahzad, Dean Prof. Khalid Manzoor Butt, Chief Librarian Muhammad Naeem, Campus Engineer Prof. Engr. Abdullah Yasar, Additional Registrar Muhammad Tahir, Islamic Studies Chairperson Hafiz Muhammad Naeem and other faculty members present on the occasion.
Speaking on the occasion, the vice-chancellor said a small gathering of faculty and staff members present in the auditorium donated rupees 3.5 million. However, he said now they are opening this fundraising campaign for the mosque to all students, faculty and staff of the university.
He said that they are extremely hopeful that they would be able to generate funds of Rs 100 million for the mosque from within GCU by December 31, 2021. He said the mosque would be constructed within the next year.
The Vice-Chancellor said a female faculty member donated savings of her wedding expenses, while many donated in the name of their deceased family members. He said some faculty members also announced perpetual donations for the mosque on monthly basis.
Prof. Zaidi said all donations would be submitted in the official bank account of GCU to be audited by the external auditors.
Earlier, Prof. Zaidi said a mosque is much more a place of offering prayers in Islam and highlighted its critical and authoritative role in the social and cultural life of Muslims. He said that they would make GCU mosque the centre of all activities in their campus life.
He said the construction and prosperity of the mosque institution is the responsibility of every Muslim. He said they would put every possible effort to make GCU mosque an effective institution and agent for community transformation.
He said GCU now houses more than 2000 faculty and staff members and 15000 students, so they need a grand mosque to overcome space challenges during prayers.