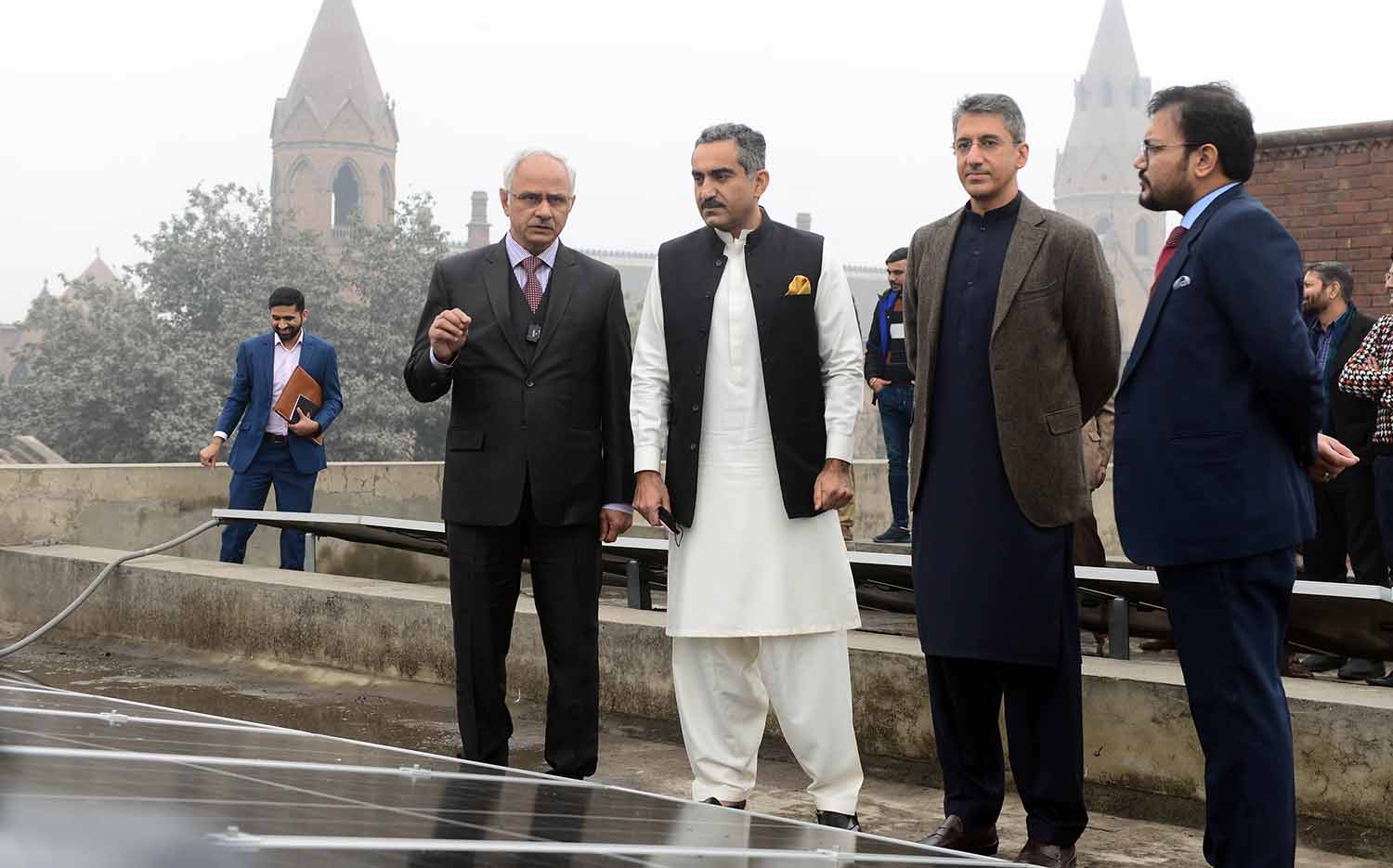 A groundbreaking 500-kilowatt solar project was inaugurated here at the Government College University Lahore on Friday.
The project, installed on a deferred payment model with zero investment by the university and included net metering, was opened by the Punjab Minister for Energy, Sardar Hasnain Bahadur Dreshak, in the presence of the Vice Chancellor, Prof. Dr Asghar Zaidi, and the Chief Executive Officer of the seller solar company, Shams Power, Omer Malik.
Under the terms of the agreement, the seller company, Shams Power, will be responsible for all repairs, maintenance and replacement of solar panels and allied equipment for the next 25 years, ensuring that the university can enjoy clean and sustainable energy.
The average electricity cost for the university will be around 17 rupees per unit, resulting in staggering savings of approximately three million rupees per month and over 933 million rupees in electricity costs over the next 25 years.
The Vice-Chancellor, Prof. Asghar Zaidi, highlighted that the GCU is leading the way in sustainability by gradually shifting its energy needs to more environmentally friendly sources and that three of the university's hostels will also be powered by solar energy within this year.
He also stated that this 500-kilowatt solar project was undertaken in collaboration with a private company and with technical support provided by the Punjab Energy Efficiency and Conservation Agency (PEECA).
Prof. Zaidi hopes that this project will inspire other educational institutions in Pakistan to shift their electricity needs to solar energy.
He said that the solar company would also provide internships and training to the electrical engineering students of GCU, and involve them in future solar energy projects.
The CEO of Shams Power, Omer Malik, noted that the cost of electricity in Pakistan is currently more than 45 rupees per unit and may increase further in the future. However, due to this project, GCU would get it for 17 rupees per unit, without investing any money.
He also emphasized that GCU made this agreement at the right time when dollar and equipment prices were comparatively low.
The Punjab Energy Minister praised the PECA team for their professional work and informed that PECA had initiated a project to shift 14 universities to solar power; 2 out of 14 universities have switched so far while others are in progress.
It is worth mentioning that a few years ago, GCU was the first public sector university in Punjab to shift to energy-efficient appliances under the PEECA's Energy Efficiency and Conservation Programme. The PEECA retrofitted 9,340 old inefficient appliances including 6,500 lights and 440 ACs on the GCU main campus with energy-efficient appliances to reduce the university's energy load by 33%.