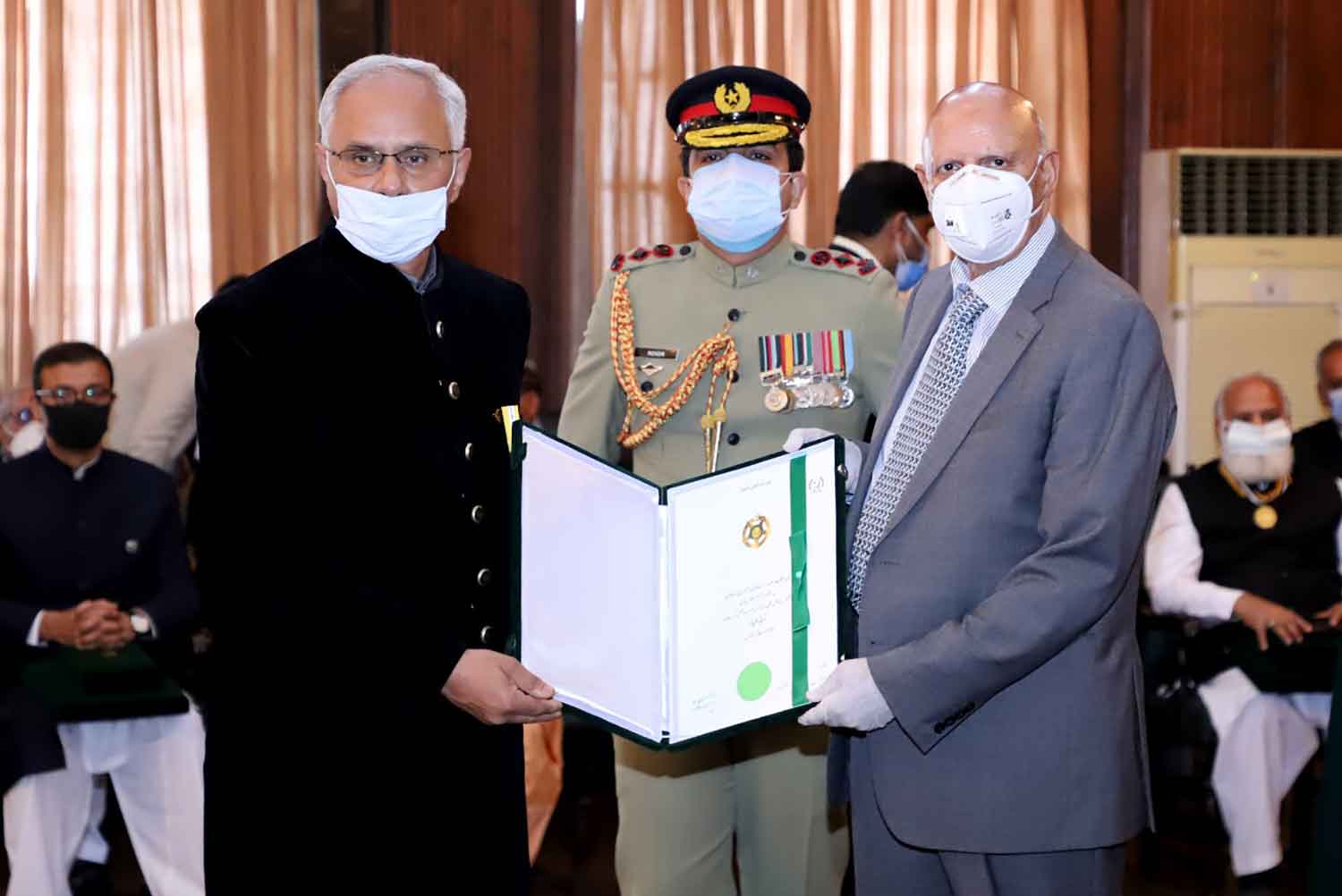 Governor Punjab Ch Muhammad Sarwar on Tuesday conferred Tamgha-i-Imtiaz on Prof. Dr. Asghar Zaidi, the Vice Chancellor of Government College University Lahore, for his meritorious contributions in the field of research and education especially attributing to his innovative research on population ageing.

Prof. Zaidi was awarded Tamgha-i-Imtiaz at a graceful ceremony at Governor’s House Lahore.

Working along the lines of the Human Development Index of Dr Mahbub ul Haq, Prof. Zaidi developed two global indexes, namely Global AgeWatch Index and Active Ageing Index. These indexes provided insights in studying the well-being of older populations around the world. His contributions are also recognised for the first of its kind study of dementia experiences in Pakistan with Alzheimer’s Pakistan and in developing a nation-wide survey of human rights of older population for British Council Islamabad.

The GC University’s Academic Staff Association, faculty members and Old Ravians congratulated Prof. Zaidi on the tremendous achievements he has made at the GC University since his arrival.

In a statement, GCU ASA termed this achievement a stepping stone for his future work at GCU and offered their fullest support in achieving the strategy of uplifting the glorious position of GC University Lahore.

Asghar Zaidi’s reward was attributed to his international research works on population ageing, on older people and people with disabilities. Last year, the Government of Shanghai also awarded him the 1,000 Foreign Experts Scholarship in 2019.