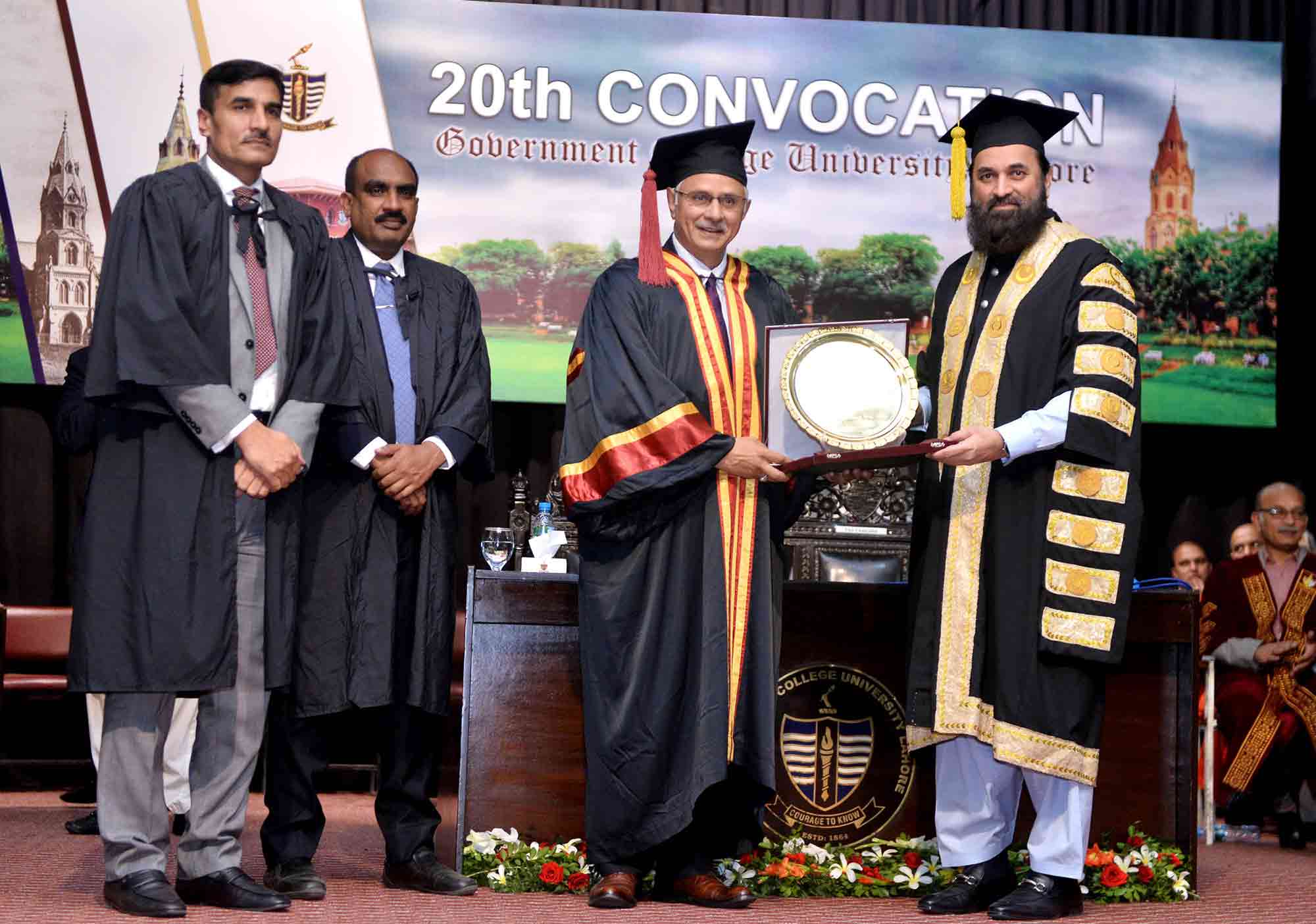 The Government College University Lahore on Friday conferred the doctorate of philosophy (PhD) degrees on 52 scholars in various disciplines besides academic and co-curricular medals on the first day of its three-day 20th convocation.
Punjab Governor Muhammad Baligh Ur Rehman chaired the first session of the convocation which was also addressed by Vice Chancellor Prof. Dr Asghar Zaidi.
Besides medals and rolls of honour, a total of two thousand degrees would be awarded this year during the three-day convocation which included 490 MS/M.Phil, 374 MA/MSc degrees and 1057 BA/BSc (Hons) degrees.
The University will also confer Lifetime Achievement Awards on 10 distinguished alumni from different walks of life to recognize their career-long outstanding work and achievements.
Speaking on the occasion, Punjab Governor Muhammad Baligh Ur Rehman said the secret of success is to study, research and be self-accountable. He said that some time ago there were a lot of discussions that the Chancellor has banned politicians from visiting the universities, which is not true. However, he said, hate speech is frowned upon all over the world.
The governor explained that he has always been in favor of listening to everyone and researching and analyzing what they say on the basis of data and facts available.
He said students of Government College made their name in different fields like literature, science and politics. He further said that the initiative of the federal government to end the system of interest is commendable.
Addressing the graduates, Vice Chancellor Prof. Dr Asghar Zaidi said 75 years into our struggle for nation-building, we are still trying to evolve a path that might salvage us and put us on the path to progress. "We need to tread on the path indicated by Iqbal in his verse and poetry,” he added.
Delving upon the problems in Pakistan’s education system, the Vice-Chancellor said that there are three very basic principles on which human life flourishes i.e. diversity, curiosity and creativity, but very unfortunately they are contradicted by a culture of education that is currently prevalent in our country.
"All human beings are naturally different from each other but our education system does not encourage diversity. Rather it lays great stress on conformity,” he said.
The Vice-Chancellor stressed that students can learn and excel best through a broad-based curriculum that celebrates their various talents, not just through a small arrangement of course systems and examinations.
"Curiosity is the second principle that drives human life; if a teacher manages to spark curiosity in a student, he will go on to learn without any further assistance,” he said.
Prof. Asghar Zaidi elaborated on the goals he identified for the progress of GCU, and the achievements of the University last year.
Earlier, the governor and vice chancellor presented "Prof GD Sondhi Medal” for overall excellent performance to Muhammad Ebrahim Naeem and Mahnoor Siddiqui, "Mohammad Idrees Medal” for Best Debater to Areesha Ehsan, "Daud Ilyas Medal” for outstanding intermediate student to Muhammad Arham Tarik, "Dr. Saida Karamat Medal” for Best Woman Graduate to Izza Sajid, "Waleed Iqbal Medal” for Best Parliamentary Speaker to Shahjahan Tahir and Ayesha Khalid, "Muhammad Shahbaz  Sharif Medal” for Best Urdu Speaker to Zohaib Alam and "Madeeha Gohar Medal” for the Best Female Actor to Taseer Fatima and Zainab Zaman, "Tariq Salman Khan Farani Medal” for best music student to Wajid Mukhtar,  while "Thespian Medal” for excellent performance in Dramatics was conferred upon Irtiza Aslam and Salman Tahir. 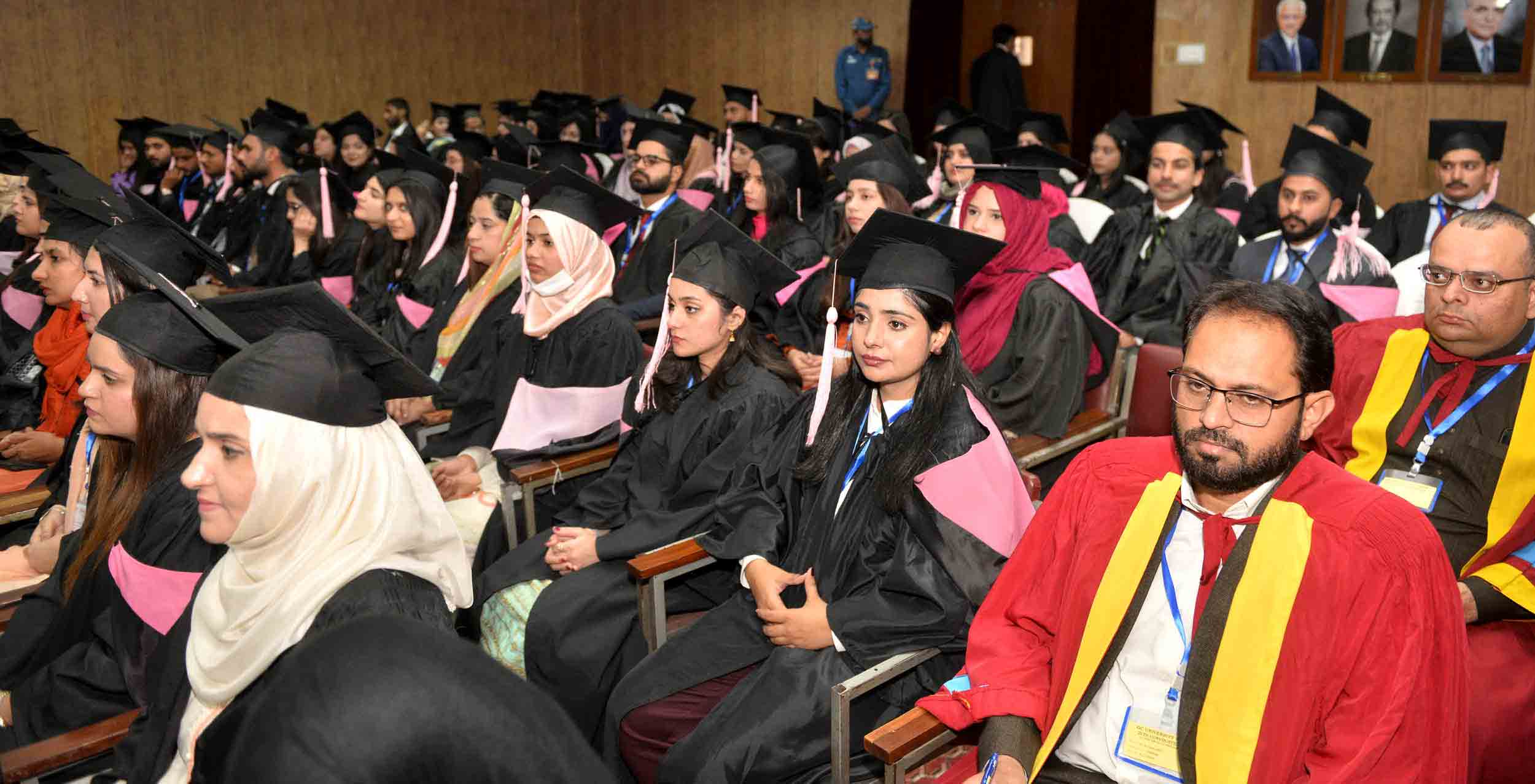