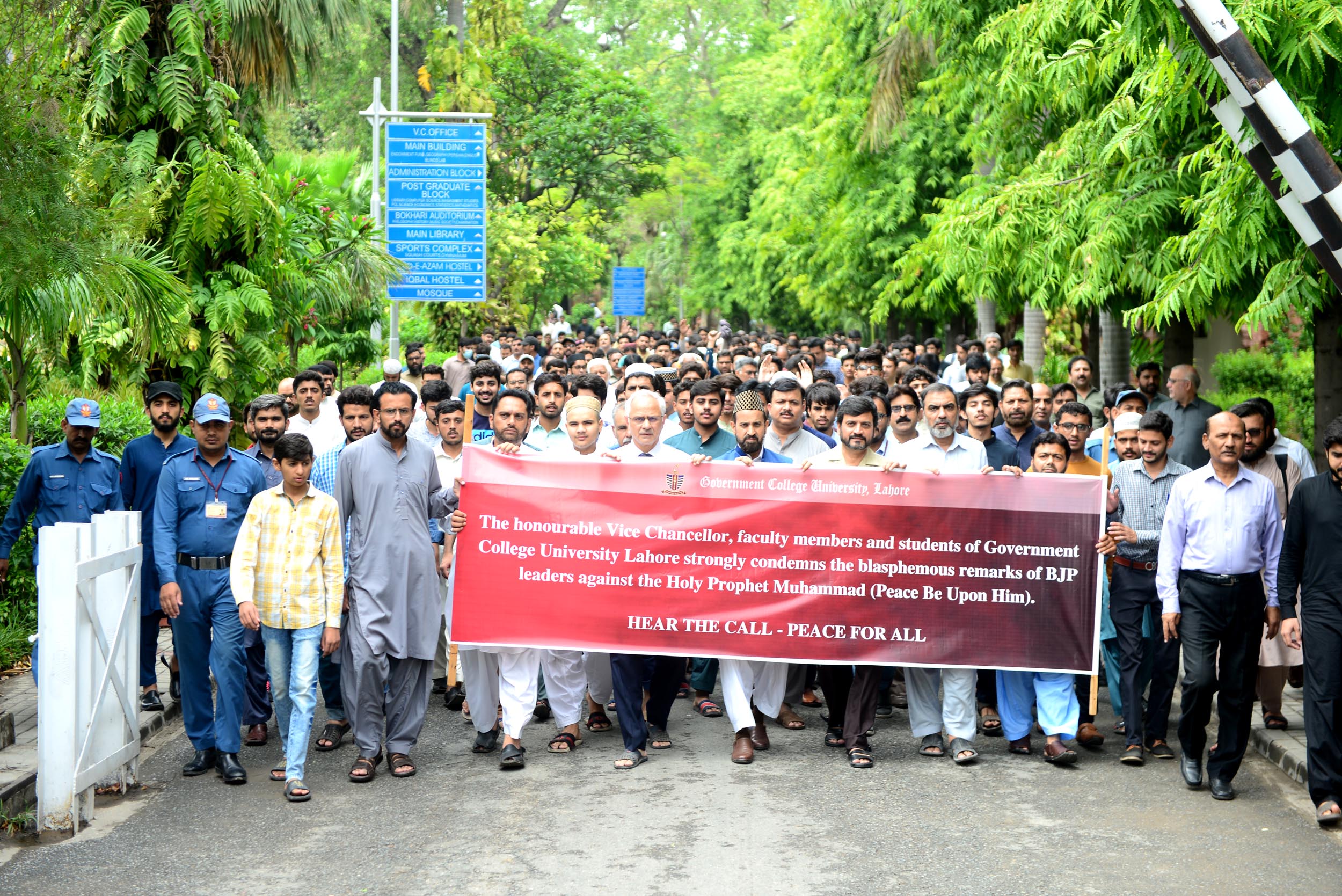 An on-campus protest march was held here at the Government College University Lahore to condemn the blasphemous statements of India's ruling Bharatiya Janta Party (BJP) leaders regarding the Holy Prophet (PBUH). A large number of teachers and staff members attended the protest march from the University's Clock Tower to Main Gate
Vice-Chancellor Prof. Dr Asghar Zaidi led the march and addressed a demonstration at the University's Oval Ground on the sanctity of the Holy Prophet (PBUH). He said the honour and respect of the Holy Prophet (PHUH) was a matter of life and death for the billions of Muslims across the globe. He said these derogatory and controversial remarks by BJP leaders had hurt the feelings of Muslims all around the world.
Prof. Zaidi said that we respect the religion of others, even for those we disagree with, and we would never allow a single insulting word against Islam and the Holy Prophet (PBUH).
The Vice-Chancellor urged the global community to take note of such derogatory comments and severely reprimand India.
BJP spokespersons including Nupur Sharma made blasphemous remarks against the Holy Prophet (PBUH), triggering a wave of condemnation at home and from the Islamic world.