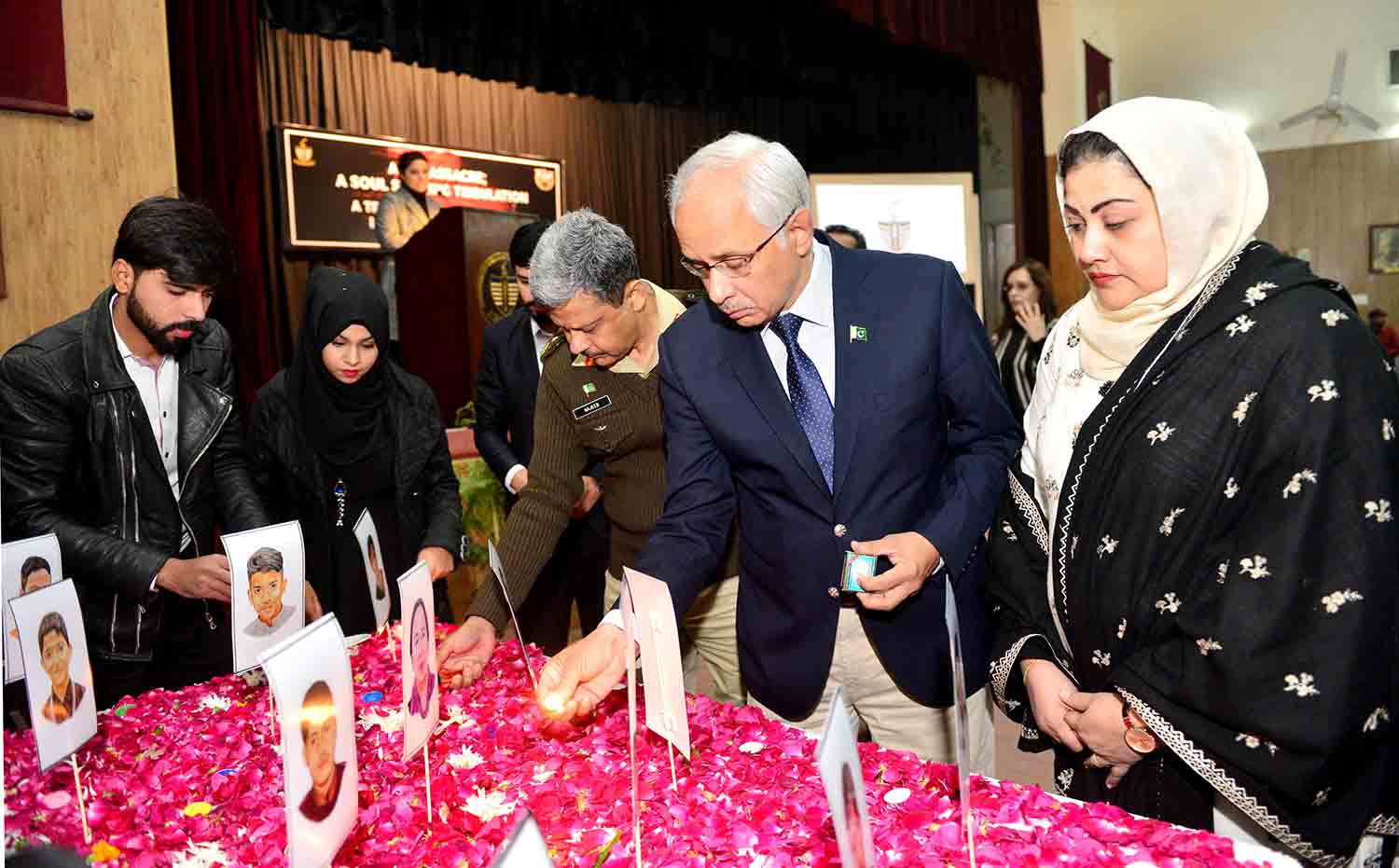 A seminar titled “APS Massacre: A soul stirring tribulation” was held here on Thursday at the Government College University Lahore on the seventh anniversary of the callous terrorist attack on the Army Public School Peshawar that left around 132 schoolchildren and 17 staff members martyred.
Major General Syed Najeeb Ahmed, the Commander of Army Aviation Pakistan, addressed the seminar attended by a large number of students and faculty members at the University’s Bukhari Auditorium. Vice Chancellor Prof. Dr Syed Asghar Zaidi moderated the event.
Major General Syed Najeeb Ahmed briefed the students in detail how terrorism grew in Pakistan; and sacrifices made by their armed forces of Pakistan in combating terrorism. He said so far more than 375,000 intelligence based counter terrorism operations have been conducted in which many soldiers sacrificed their lives for their motherland. He said talked about the role of army aviation in counter terrorism.
The Major General also responded to the questions by students and faculty members.
Vice Chancellor Prof. Zaidi said time could never heal or make us forget the school children who went to school and never came back. He appreciated the initiative of Army leadership to regularly interact with the students at GCU, and in responding to their questions raise awareness about the civilian-military cohesion.
The Vice Chancellor, faculty and students also paid glowing tributes to army aviators for their role in counter terrorism as well as in natural calamities.
The seminar was followed by an on-campus walk to pay tribute to the martyrs of Army Public School, Peshawar. 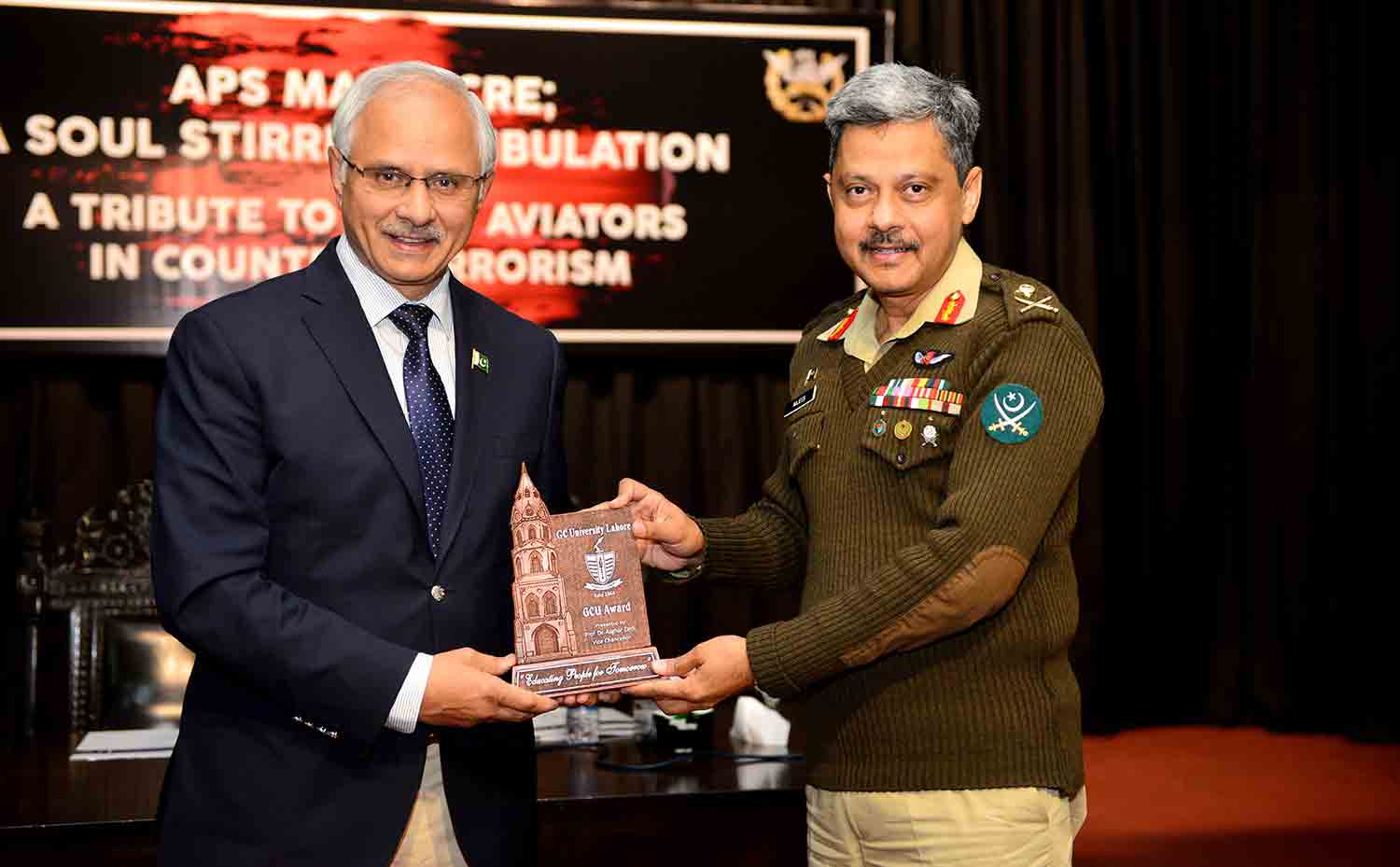