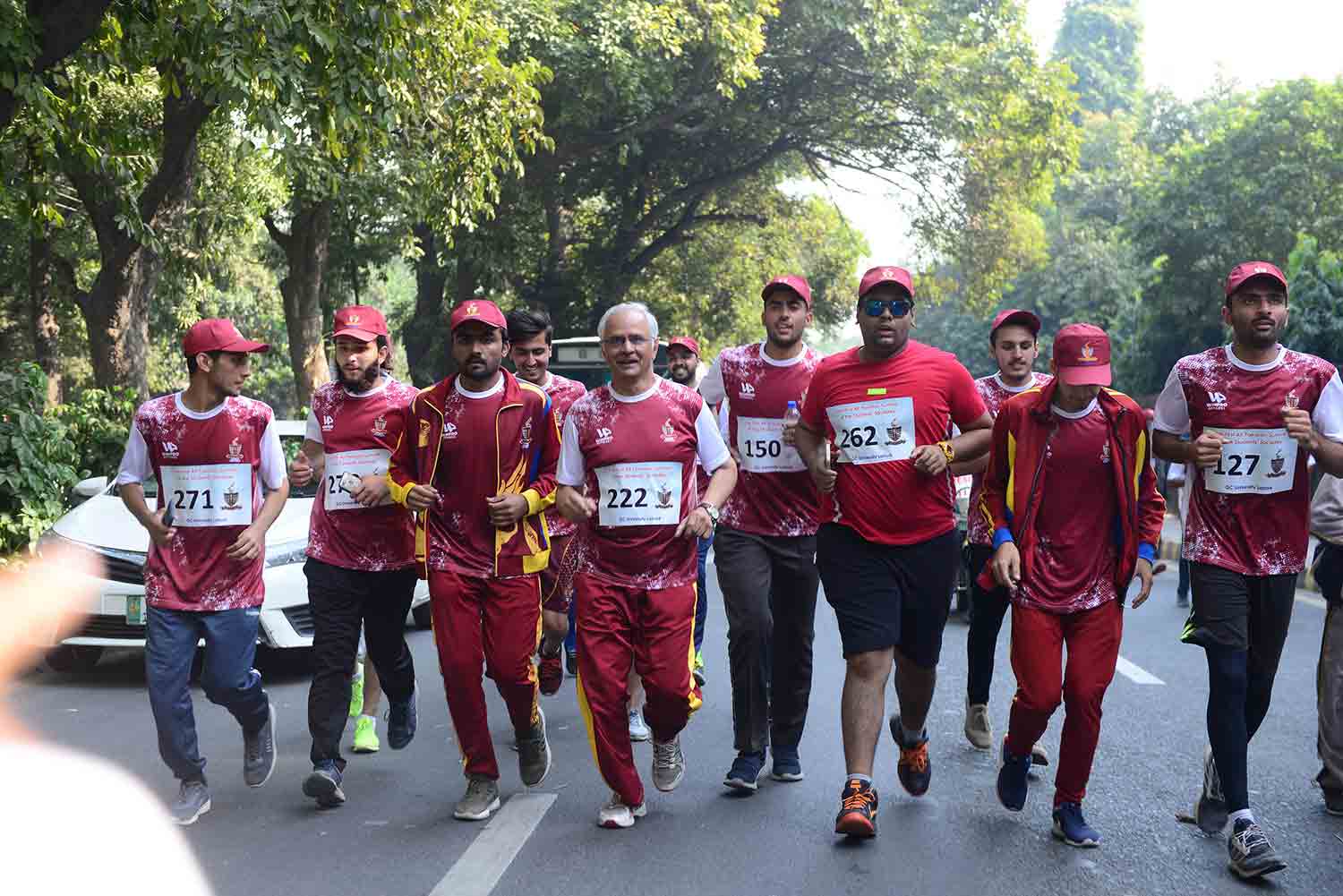 Students from different universities on Sunday participated in the five-kilometer Marathon on The Mall that began from the Governor House, while faculty members stood under the Clock Tower of Government College University Lahore to cheer on those who crossed the finish line.
The marathon marked the beginning of the week-long First for the Students’ Societies hosted by the GC University Lahore in collaboration with the UNESCO Creative Cities Network: Lahore-City of Literature through Commissioner Lahore, Superior University and non-government organizations (NGOs) Bargad Organization for Youth Development and Shaoor Foundation for Education and Awareness.
GCU Vice Chancellor Prof. Dr. Asghar Zaidi, who also participated in the marathon and was among those who finished the cross line, says that this is his first time running such a long distance, and that the great atmosphere and support of his students are what kept him going. He said that last stretch was the hardest but is an amazing experience and amazing fanfare.
Commissioner Capt (r) Muhammad Usman inaugurated the marathon with a gunshot, saying that this is an amazing sporting activity for the youth that has come from different universities across Pakistan. He wished all the participants of the race to finish strong. He said GCU Vice Chancellor is a role model as he always lead his students not only in academics but also in sports.
Muhammad Akhtar from the University of Central Punjab won the marathon finishing the crossline first. The first ten winners of the race were awarded with the cash prizes. The winners included Aftab Haram, Kaleem Akhtar, Ali Hadi, Osama Hassan and Sufiyan.
The marathon was followed by a grand march past of student societies at the GCU’s Oval Ground.
Besides debates contest, theatrical festival, essay and poetry writing competitions, painting exhibitions and music concert, the week-long events included discussions among leading experts, scholars and students on wide-ranging topics of contemporary relevance to higher educational institutions.
The sports activities at the summit included grand march-past, cricket, hockey squash, tennis and basketball matches.
Vice Chancellor said students from different universities across Pakistan would showcase a plethora of skills in manifesting the concepts promoting compassion, spiritual elation, tolerance, civic responsibility, social parity, inclusive growth and national cohesion at the summit. He also believed that the week-long activities would provide an opportunity to the students to develop leadership qualities and become harbingers of change at the national and international level. 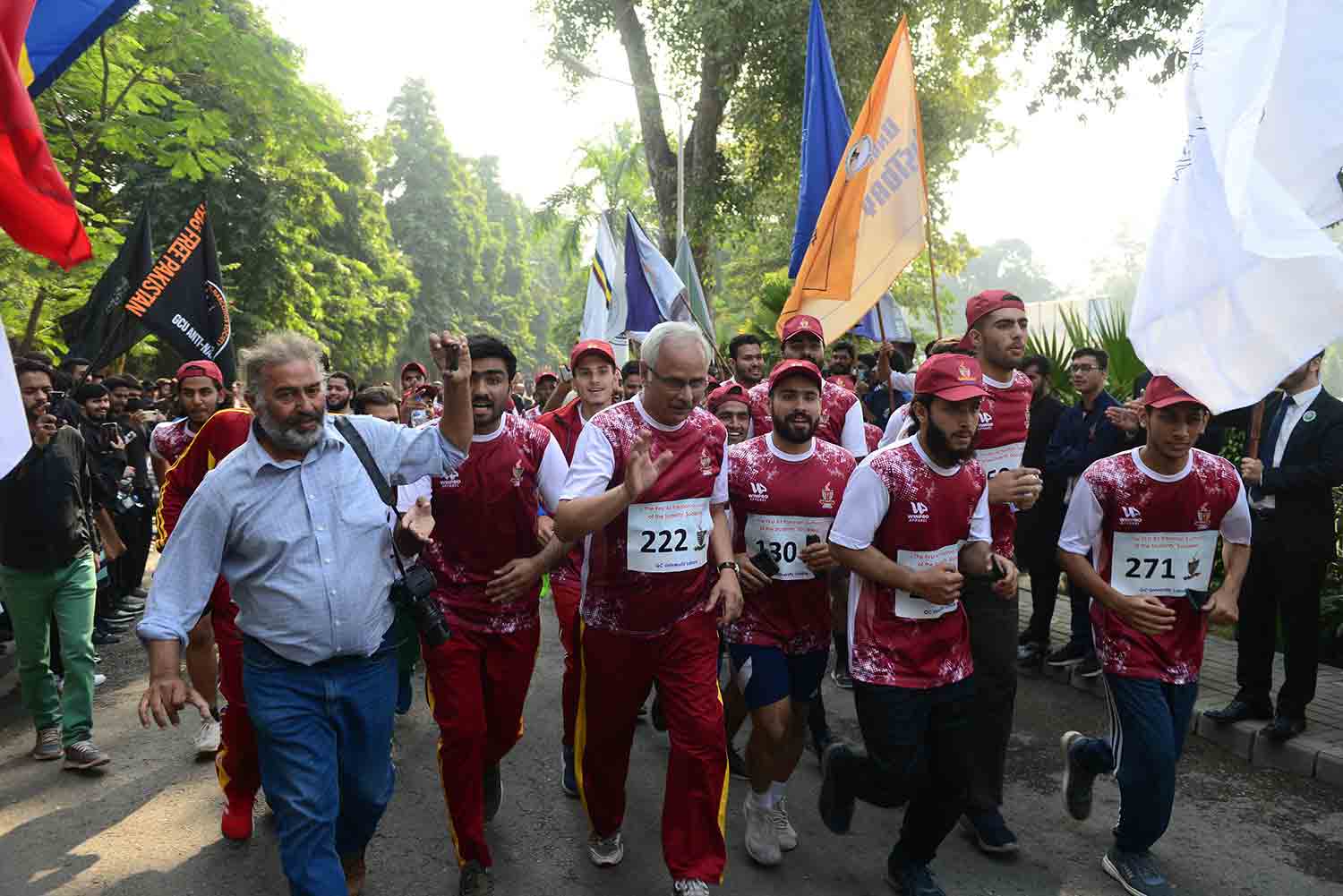 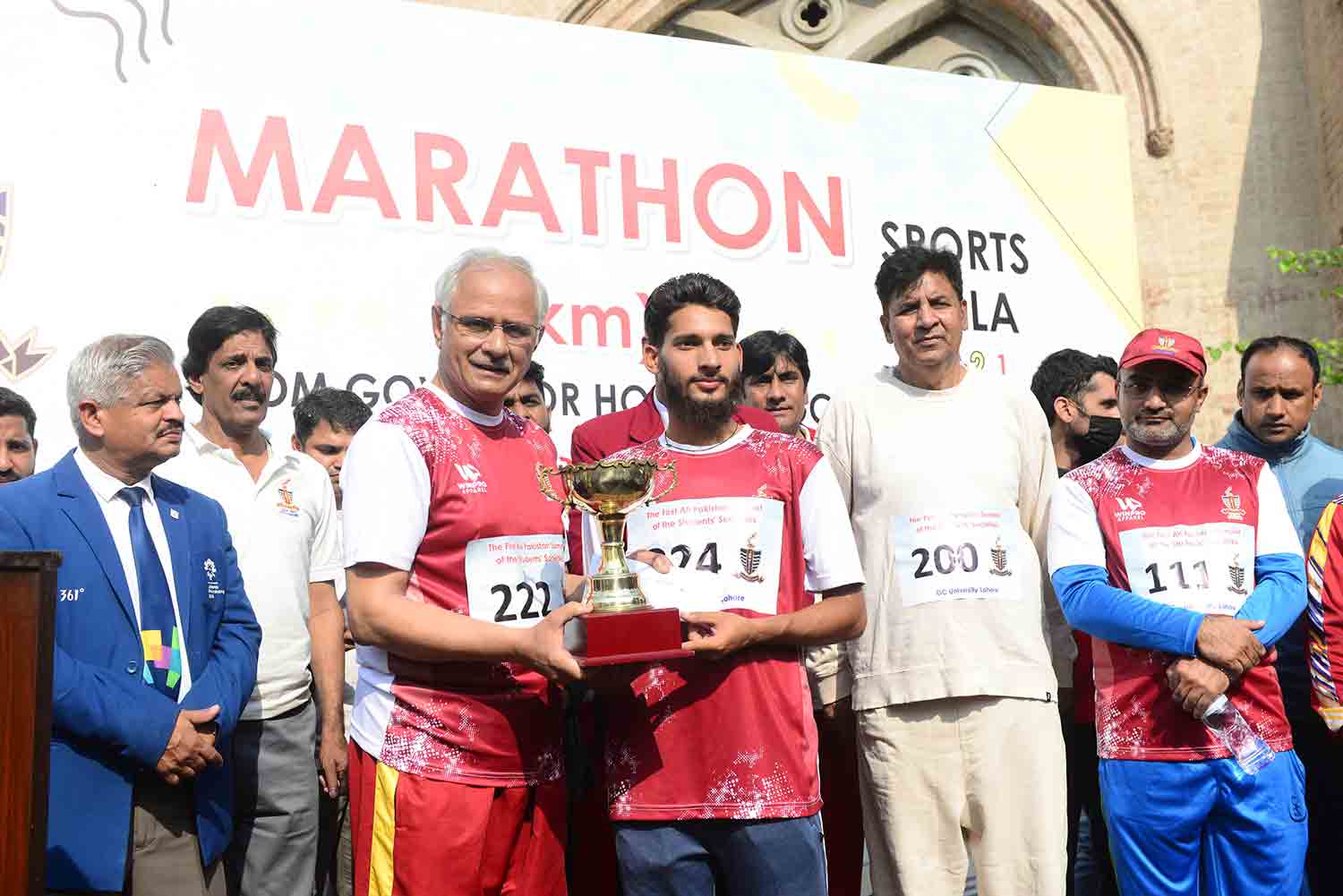