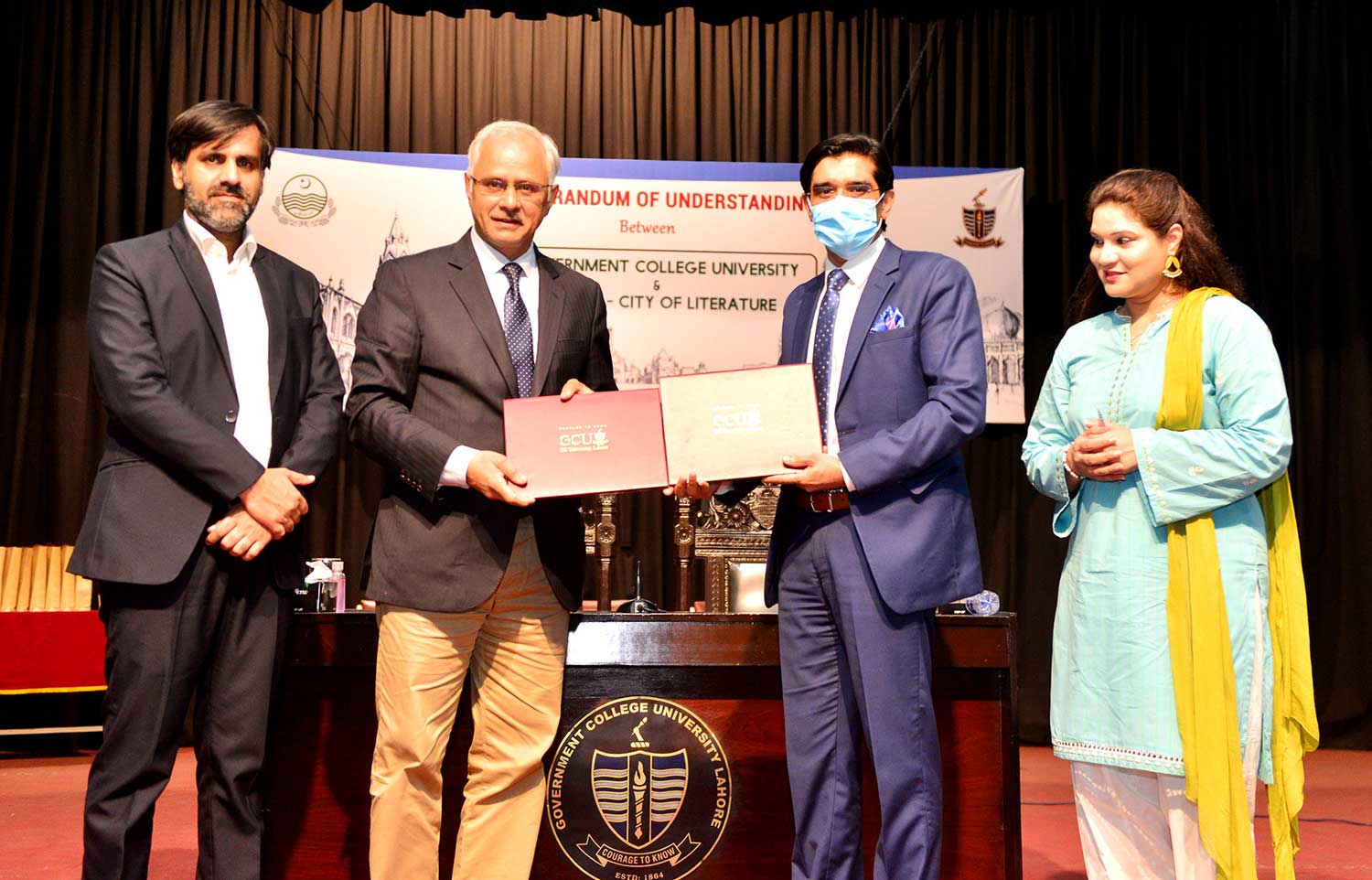 The Government College University Lahore has become a partner with the city district government in 'Lahore - 'City of Literature' project to promote literary activities in the provincial metropolis.
Vice Chancellor Prof. Asghar Zaidi and Commissioner Lahore Capt. (r) Muhammad Usman signed the accord while the eminent poet Amjad Islam Amjad was also present on this occasion.
Lahore has been designated as the 'City of Literature' by UNESCO in 2019. This makes it part of an international Creative Cities Network of 246 cities, next to cities like Dublin, Barcelona, Melbourne and Seattle.
Speaking on the occasion, Vice Chancellor Prof. Zaidi announced that GCU Lahore would inaugurate this prestigious partnership with the initiative of First National Student Societies Summit, where the representatives of different student societies of renowned universities would be gathered under one platform.
He added that the International Iqbal Conference, Faiz Festival, Debate, Poetry and Creative Writing Competitions are a few of the many initiatives that GCU is looking forward to hold through this collaboration.
He said that it's a matter of great pride from them as many eminent poets and writers including Poet of the East Dr Allama Muhammed Iqbal, Faiz Ahmed Faiz and Patras Bokhari studied from the Government College (now University) Lahore.
Amjad Islam Amjad read his poem about City of Literature which met with a loud applause.
Capt. (r) Muhammad Usman said this accord is a step towards brining all literary activities under the umbrella of 'Lahore - 'City of Literature'. He said it will be a great exposure to the students of our country when they will get to have insights about the 'City of Literature' from the ones who have first-hand experiences of it.
"Lahore is well known for its hospitality and I believe that a recognition under the title of literature would bring more greatness to the city," he said. 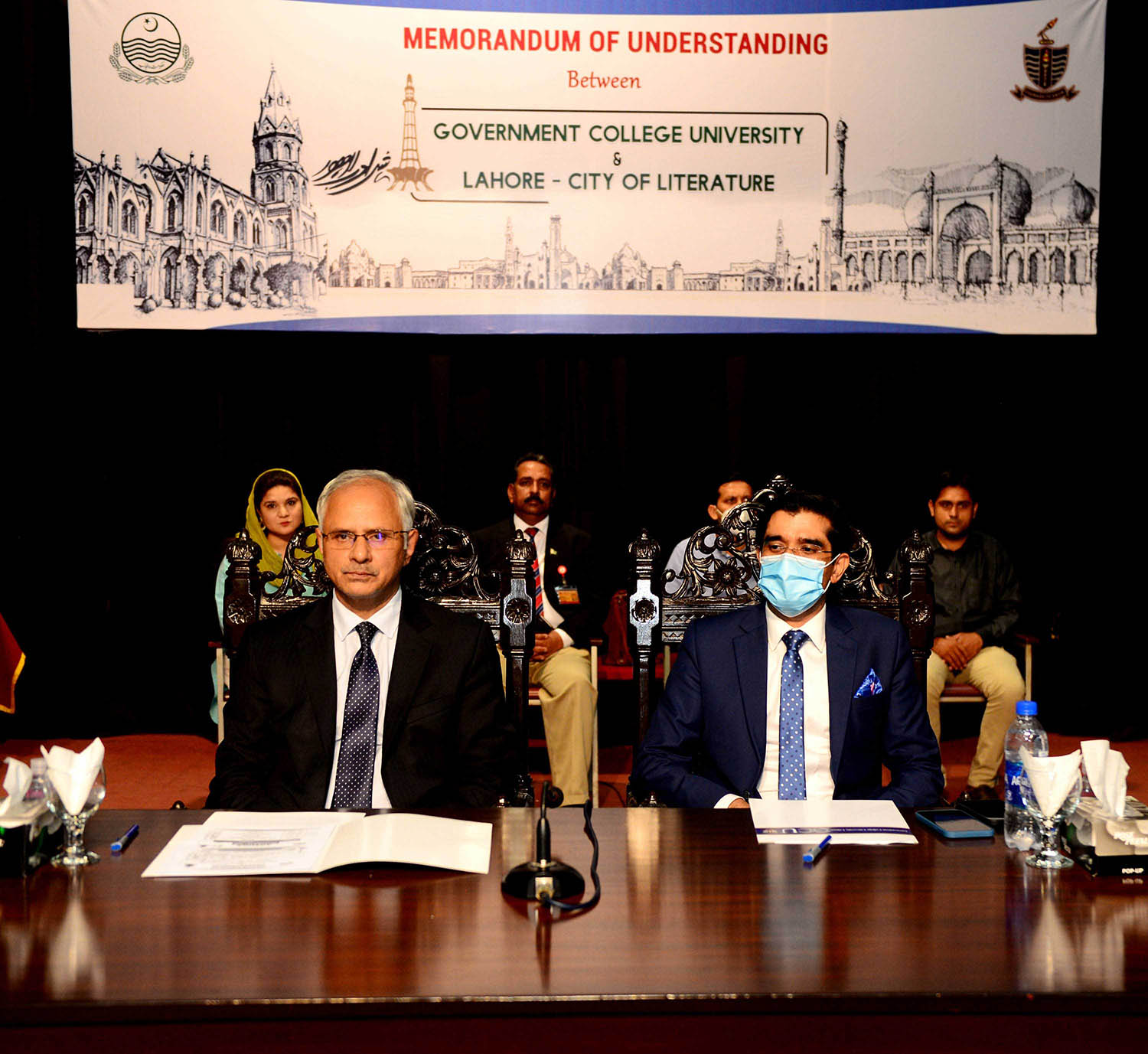 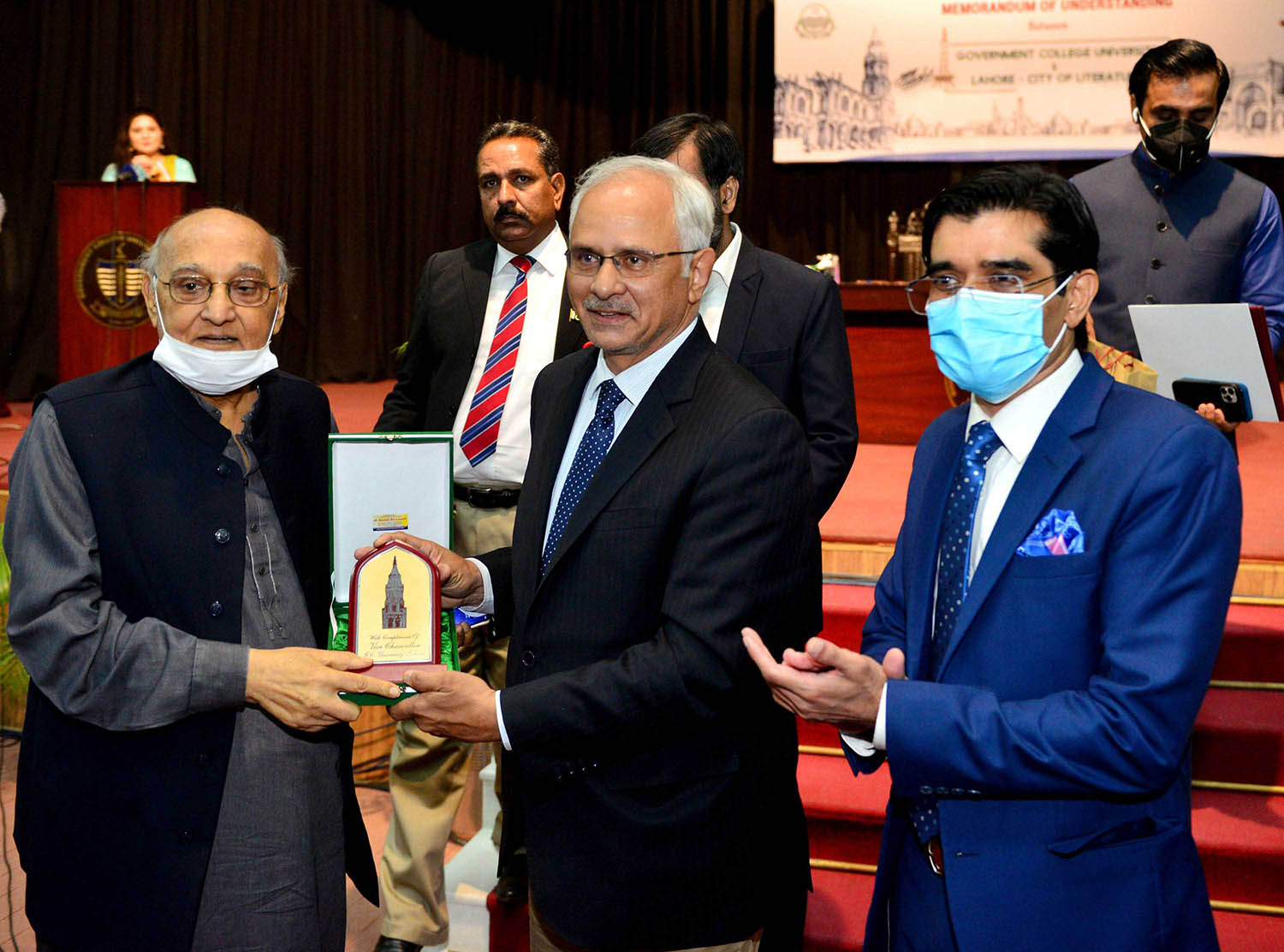 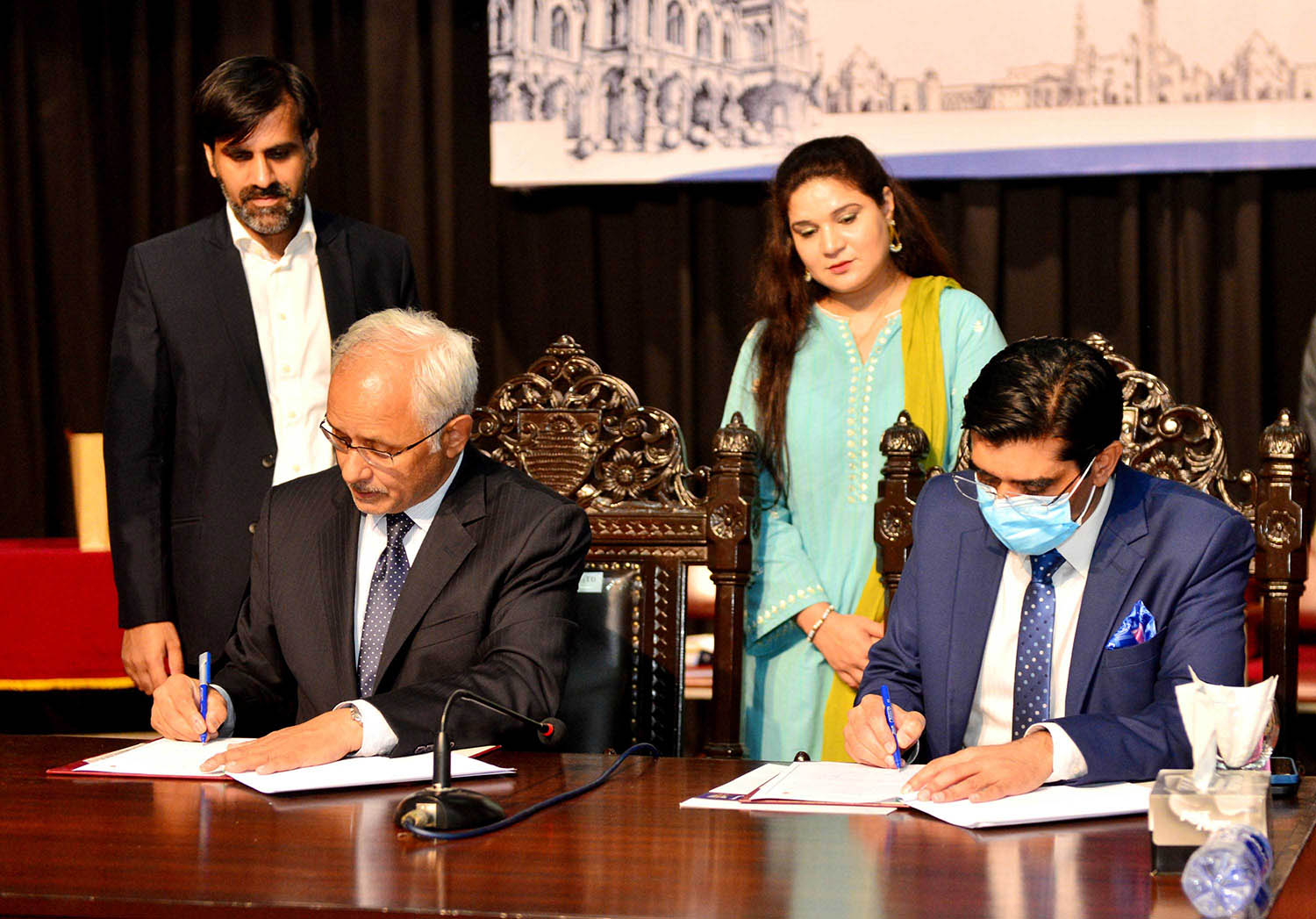